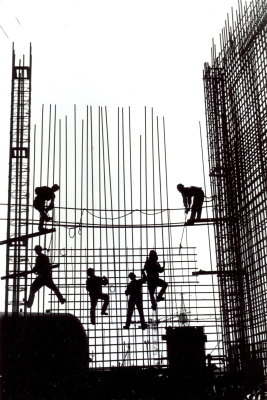 In 1974 preparations started for construction of the Ignalina Nuclear Power Plant (INPP). At that time the most powerful in the world INPP was build to satisfy not only Lithuanian but also the former Soviet Union’s single North-West power system needs.

Next year a memorial stone was placed to mark the site of the would-be Sniechkus (currently Visaginas) town. In March 1978 the earth-moving work was started for the construction of energy Unit 1 of INPP. The work was completed by September. At the end of 1978, there were 5067 employees working at the construction.

On 17 April 1979, USSR Council of Ministers adopted a resolution that gave the green light for the construction of INPP. At the same time the construction of the 7-meter-deep foundation for the Unit 1 was completed. On 12 December, by the order of the Minister of Medium-Machine Building Ministry of the USSR, 10 ministries and 45 factories had to ensure that Unit 1 at the INPP was put into operation in 1982.

Simultaneously, the construction of Unit 2 was underway – in December 1980 the earth-moving works were completed. The pace of construction was brisk; the number of employees was continuously growing. In 1982, 11,286 employees were working at the INPP. On 31 December 1983, Unit 1 was commissioned.

After Lithuania took over its jurisdiction INPP in 1991, it became the 31st state in the world using nuclear energy for electricity generation. Due to the Chernobyl accident, INPP has undergone a number of international studies and extensive safety analysis. It can be argued that the probability of the accident at Ignalina NPP and the overall level of safety were similar to the Western nuclear safety standards. However, unlike other types of modern NPP, RBMK-type reactors have no such a protective shield that might detain radioactive material during an accident. For this reason Western policy makers and organizations agree that RBMK-type reactors operating risks cannot be reduced to the extent that they are safe to operate permanently.

International community’s opinion was significant for Lithuania during the process of preparation for its accession to the EU and NATO. Therefore, Lithuania respecting the international community’s opinion and having regard to the Nuclear Safety Account Grant Agreement in the approved in Parliament National Energy Strategy in 1999 scheduled the shutdown of Unit 1 of Ignalina NPP by 2005 according to the EU’s, the G-7 counties’, other countries’ and international financial institutions’ long-term substantial financial assistance. In 2000 according to the National Energy Strategy the Parliament of Lithuania adopted the Law on the Decommissioning of Unit 1 of the State Enterprise Ignalina Nuclear Power Plant.

As it is said in the National Energy Strategy approved on 10 October 2002, EU countries have admitted that decommissioning of the INPP will take longer than the present financial prospects allow, and that it is an excessive financial burden to Lithuania incommensurable with its size and economic power. For this reason Unit 2 of INPP is to be shut down by 2009, provided financial sources and necessary funding based on agreements with EU institutions and other donors. 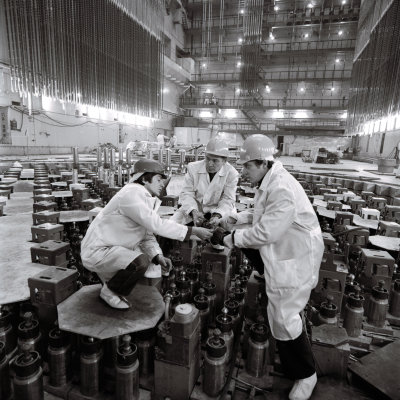 Following the resolutions taken by the Government INPP Unit 1 was shut down at the end of December of 2004 and Unit 2 was closed on 31 December 2009. During the suspension of Unit 1 there were 3,517 employees at INPP and during the closure of Unit 2 – 2,354 employees.

The construction of INPP necessitated constructing 142 km of roads, 50 km of railway, 390 km of communication lines, 334 km of electricity lines, 133 km of sewerage lines, and 164 km of thermal lines. 3 544,000 m3 of concrete and reinforced concrete and 76,480 tones of reinforcement was used for the construction.