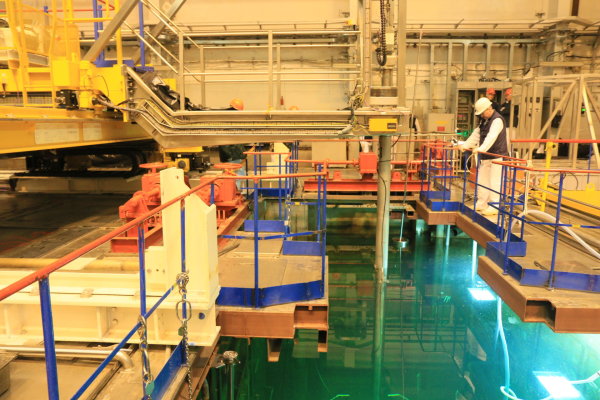 On June 9, 2020, during the current planned work on spent nuclear fuel management at the state enterprise Ignalina Nuclear Power Plant (hereinafter - INPP), an event was recorded in the spent fuel storage pool hall of the 2nd power unit.

In the process of preparing the fuel assembly for placement in the storage container, the operator noticed a significantly lower weight of the spent nuclear fuel assembly. After the suspension of work, using a portable underwater lamp, it was revealed that the active part of the fuel assembly, disconnected from the suspension, lies at the bottom of the pool.

During this event, the level of worker exposure and contamination of the premises with radionuclides did not exceed the established permissible standards, the bottom cover of the pool was not damaged, the radionuclides did not enter the environment, this event did not affect nuclear safety, work continues in normal mode. According to the International Nuclear and Radiological Events Scale (INES), this event was rated 0 / below this scale.

The INPP analyzes the events to determine measures whose implementation will prevent such events in the future.

VATESI was informed about the event.