INPP has received all containers for SF storage 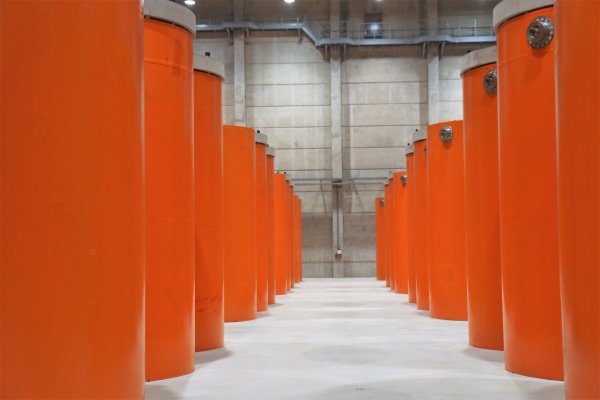 On 24th February SE Ignalina Nuclear Power Plant (Ignalina NPP) has received the last container for spent nuclear fuel (SNF) storage from the factory. According to the B1 project contract the containers have been manufactured by the German company GNS - Gesellschaft für Nuklear-Service mbH.

As a result of ongoing co-operation between Ignalina NPP, GNS and EBRD, the final CONSTOR RBMK 1500-M2 cask has been delivered to Ignalina NPP 1 year ahead of project schedule arriving on the 24th of February 2020 instead of the contractually scheduled date of 31st of March 2021.

It is planned to place 190 containers with spent nuclear fuel to the storage facility by the end of 2022. 1 spare CONSTOR RBMK 1500/M2 retained as a spare in the very unlikely event of fuel reloading becoming necessary.

This will ensure safe and reliable storage of SNF in accordance with the requirements of the Republic of Lithuania, EU standards and IAEA recommendations. The storage facility will operate for 50 years. At the end of the temporary storage period, the waste will have to be transferred to a deep repository, which is currently the only safe way of disposing of long-lived waste.