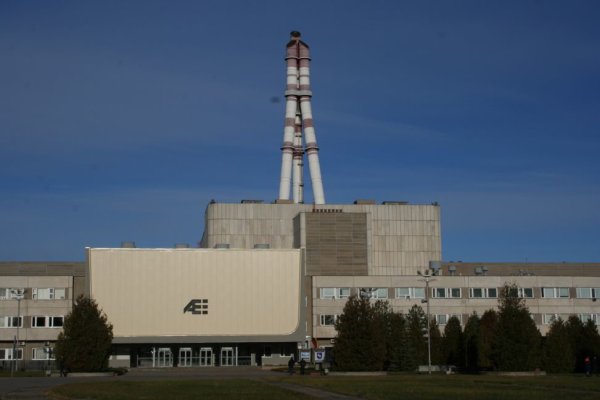 On 8 March 2019 the State Enterprise Ignalina Nuclear Power Plant (INPP) announced the procurement of construction of Near Surface Repository for Low and Intermediate Level Short-Lived Radioactive Waste and engineering, construction and connection of external rainwater drainage network to the infrastructure (Project B25-2).

Considering the complexity of the Project and aiming at the provision of sufficient time to the market players required for preparation of their Tenders, 4 months for submission of Tenders term will apply.

“We have to ensure management and storage of radioactive waste in accordance with the nuclear and radiation safety requirements. Consequently, construction and operation of storage facilities and repositories are the of a key importance to the successful activities of Ignalina NPP” – said director general of Ignalina NPP Audrius Kamienas.

Near Surface Repository will be built in the territory of Stabatiškė site in Visaginas municipality near other INPP radioactive waste management facilities. In 2007 the near surface repository Environmental Impact Assessment Report was developed, agreed with state authorities and approved by the Ministry of environment of the Republic of Lithuania upon its public presentation and consideration to and by Lithuanian, Latvian and Belarusian societies. Operation of the repository will include environmental monitoring and control activities, after its closure institutional supervision will be carried out not less than 100 years and the use of the territory will be restricted for additional 200 years.

Safety assessment procedures conducted by INPP revealed that this way of final disposal of low and intermediate level short-lived radioactive waste is the safest and complying with the best international practice. Repositories of this kind are successfully operated by “nuclear-energy” countries (Spain, France, Slovakia, United Kingdom, Sweden, Russia, Japan, USA and other countries), similar projects are currently being developed in Belgium, Lithuania and elsewhere.

Operation of the repository will be commenced after the receipt of a relevant permit to be issued by State Nuclear Power Safety Inspectorate (VATESI) upon the justification of proper operation of all related process equipment. This planned for 2023-2024.

Project B25-2 is financed by European Union Ignalina Programme managed by CPMA.