Radiation safety optimization or what ALARA is? 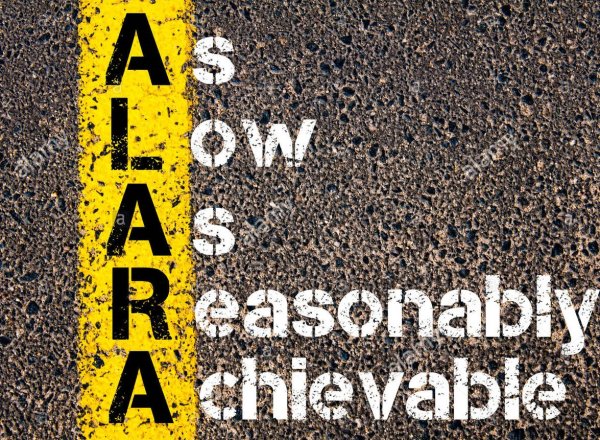 Considering the nature of its activities, Ignalina NPP pays utmost attention to the radiation safety of employees: to maximally protect the employees of Ignalina NPP and contractors from harmful ionizing radiation (which exceeds the permissible norms), the ALARA principle is followed.

ALARA (as low as reasonably achievable) is one of the principles of radiation safety, which requires that the individual exposure dose received by a worker during certain known activities, the number of exposed workers and the probability of exposure must be as low as possible, considering economic and social factors.

"In other words, if we look at the decommissioning activities of the Ignalina NPP through the lens of usual economical activities, then the ionizing radiation could be compared to a swamp or puddle encountered on the road, where it is difficult to determine the depth of that swamp or puddle and we have a situation where it is not possible to bypass or jump over it. Applying the ALARA principle in this situation would mean to fully assess the potential damage done by the swamp/puddle and find ways to mitigate it as cost-effectively as possible. ALARA should tell us whether we will just get the soles of our shoes dirty or get stuck in the mud knee deep. In this context, appropriate safeguards against potential injury shall be selected to the extent that they are economically justified. It is worth noting that from the point of view of ensuring radiation safety, factors of time and distance from the source of ionizing radiation play an important role in the assessment of possible damage,” said Žydrūnas Jakštonis, Head of the Safety Supervision and Quality Management Division.

Ignalina NPP has an ALARA group. Its purpose is to perform an analysis of the optimization of radiation safety of hazardous work and to provide measures to reduce the exposure doses of workers. Radiation-hazardous works are identified in accordance with the annually updated ALARA program, and a detailed analysis of the radiation impact is performed. The organization of work at INPP envisages the calculation of the exposure dose of these works and the ways to reduce it. For each radiation-hazardous work, a rational allocation of personnel is provided, the maximum permissible time spent by workers in areas of high radiation is calculated, additional protective measures are provided for operations requiring high exposure, the use of remote tools or even automation is also envisaged.

“Analyzing the statistics of personnel exposure control, we see a significant decrease in the average individual doses after the shutdown of the first and second reactors. The amount of urgent works has decreased; therefore, it is possible to prepare properly for it. Operating reactors differ from those that are shut down in that electricity is no longer produced and no new radioactive materials or waste is generated. Part of the radiation monitoring, which was related to the technological support of the operating reactor, is no longer carried out. Nevertheless, the scope of radiation monitoring has expanded significantly since 2010: there were 25 dosimetrists in the division back then, and today we have 60. This means that after the shutdown of the reactors, the need for radiation monitoring specialists increased due to the control of radioactive waste required for its classification or transportation, release of materials and waste from radiation control. It should be noted that after the start of the reactor equipment and the dismantling of the reactor itself, the exposure values will increase even more,” said Nikolajus Lebedevičius, Head of the Radiation Safety Division.

Monitoring the radiation exposure of personnel working in the controlled area is a continuous process. The use of electronic dosimeters when performing work that is hazardous from the point of view of radiation safety allows to promptly control the individual exposure dose of the personnel and react quickly. Employees responsible for radiation safety constantly update their knowledge - periodic briefings of employees are carried out several times a year, also regular radiation safety trainings of employees with knowledge testing are organized every five years. In summary, it can be stated with certainty that all decommissioning works of the Ignalina NPP are carried out safely in accordance with the ALARA principle.